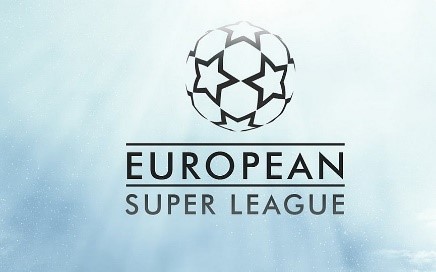 As many of you may know, there has been some riots related to the creation of European Football Super League, and all the consequences that it implies. Some people are in favour, some are against, but what is the position of the EU on the Super League?

First, we should explain what the European Super League is. It is a football competition promoted by teams like Real Madrid, Manchester City and Chelsea, that tries to replace the UEFA Champions League in order to earn more money. Only the 20 best teams of Europe could take part in it, but 15 of them are permanent and the other 5 would classify depending on their position in their national leagues. A “league format” and the elite teams make the Super League a “money machine”, doubling the revenue they get from the Champions League, according to some assessments.

However, football fans and hooligans haven’t liked especially this proposal, and neither do the UEFA nor the FIFA, that have already threatened football players with very severe sanctions. One example of this punishments would be to forbid players from the teams who compete in the Super League to participate in the World Cup or in the Euro Cup. Nevertheless, some of this sanctions could not be implemented, and can lead to trouble to the ones who punish.

The European Union has spoken out, and it is against the creation of this league. The vice-president of the European Lifestyle Promotion Commission, Margaritis Schinas, has said that universality, inclusion and diversity are key in football, and some rich teams breaking links with associations cannot get away with it. However, nobody else has pronounced.

In relation to “illegal” sanctions, the EU has stated that FIFA and UEFA are not allowed to ban players from taking part in their tournaments only because of the team they belong to. Thinking it properly, the intention of punishing players by UEFA’s president Aleksander Ceferin seems more like a threat than a real punishment.

Keeping all this in mind, it looks like more trouble related to this championship is about to come, and European Union will have to take action sooner or later. This is because of the critical economic circumstances the teams are suffering. Football teams blame the coronavirus for the bad situation they have been facing for the last year. However, some articles affirm that the origin of their debts are other. Even though football has come back to nearly normal, the clubs still have reasons to create the Super League, as they already did in basketball.